New company car tax incentives are expected to boost the sales of plug-in hybrid cars. So is this the time to consider the PHEV alternatives? By Helen Lees, head of electric vehicles and connected services at PSA Group. 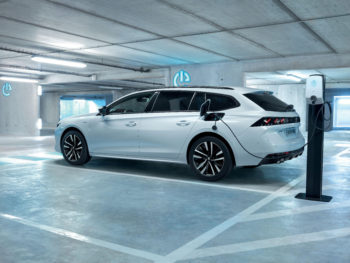 Diesel has become the first power choice for many fleets, offering lower fuel consumption and carbon dioxide emissions than petrol engines of equivalent power. For long distance use it still presents a strong case, thanks to that low fuel consumption, while other emissions have come closer to those from petrol engines, since the introduction of Euro 6.2 emissions limits for diesels. Introduced over the past couple of years for cars and light CVs, the latest diesel emissions standards have reduced the output of oxides of nitrogen (NOx) still further, with the adoption of highly effective technologies such as selective catalytic reduction (SCR). This has brought petrol and diesel engine emissions closer than they have ever been before.

Looking back, it is worth remembering that diesel struggled to gain acceptance from car buyers until the late 1990s. Although companies such as Peugeot stimulated interest in diesel with ground-breaking diesel models such as the 205 and 405 turbo-diesel models, it was the rapid pace of diesel development with technologies such as the Peugeot HDi diesel engines that stimulated demand further. Performance improved, emissions became cleaner and diesel engines became quieter.

Before then, petrol-powered models had been the only realistic choice for fleets. So in reality, diesel has only dominated the fleet sector for around 20 years and now it looks as though the stage is set for another big change.

April 2019 saw revisions to the company car driver Benefit-in-Kind (BIK) taxation system, preparing the ground for the re-structured system planned for introduction on 6 April 2020, as the Government offers incentives to business drivers to consider low-emission alternatives to petrol and diesel power.

Both systems use a new means of assessing plug-in hybrid (PHEV) models for BiK tax purposes. Whereas for petrol and diesel-powered cars, BiK tax is still assessed using CO2 emissions data, PHEV models with emissions up to 50g/km are additionally assessed depending on their range on a fully charged battery, with the lowest rates applying to models with a range of 130 miles or more.

To explain the difference between the two systems, we’ll use the Peugeot 508 Hybrid as an example. This new model is set to join the 508 range this month, at the same time as two new hybrid models will join the 3008 SUV range. 508 HYBRID will enhance the existing range of petrol and diesel models with a new low-emission alternative available with Allure, GT Line and GT specification just like other 508 models. There will be both 508 Fastback and SW estate versions to choose from. It’s the combination of low CO2 emissions – as low as 31g/km under the new WLTP testing regime and all-electric range of up to 39 miles on a full charge – that will make company car drivers sit up and take notice.

The situation changes from the start of the new tax year on 6 April 2020, because cars are assessed using the more stringent WLTP test cycle in place of the previous NEDC test cycle. If the same 508 Hybrid was newly registered on or after 6 April 2020, the Government is planning to adjust the initial rates of BiK tax to compensate for the more stringent testing under the WLTP test cycle, resulting in a BIK tax rate of 10% in the 2020/21 tax year, 11% in the 2021/22 tax year and 12% in the 2022/23 tax year. This provides a tax incentive to choose a PHEV model over the next few years and even though the ‘old’ NEDC rate and ‘new’ WLTP rate will harmonise in the 2022/23 tax year, PHEV models will still offer a lower BiK tax rate for drivers compared with equivalent petrol or diesel-powered models.

For zero-emission vehicles – battery electric (BEV) models that produce no tailpipe emissions – the driver BiK tax position is even more favourable. These vehicles receive the same BiK tax treatment under both the NEDC and WLTP-based systems with effect from 6th April 2020. For current BEV business drivers, the situation is particularly good news, as the BiK tax rate falls from 16% in the current tax year to 0% from 6 April 2020, rising to 1% in 2021/22 and 2% in 2022/23.

There are other tax changes too for businesses, making it more worth their while to consider electrified vehicles, while further tax concessions are available to both businesses and drivers for workplace and home electric vehicle charge points. PHEV models should also qualify for the London Congestion Charging Cleaner Vehicle Discount. Our Peugeot 508 Hybrid example meets the necessary criteria because it would conform to the Euro 6 emissions regulations, emits less than 75g/km CO2 and exceeds the minimum 20 mile zero emission capable range.

Not surprisingly, the favourable tax rates for BEV and PHEV models are expected to see a significant increase in demand from company car drivers. Deloitte’s 2019/20 Car Tax guide says of both BEV and PHEV models: “We anticipate that there will be a significant increase in demand for these company cars that manufacturers will need to be able to meet.”

The Deloitte Guide also suggests that salary sacrifice schemes with these cars will be well worth considering: “Salary sacrifice arrangements for these cars will also prove to be extremely attractive for employees because of the large difference in tax on salary and company car. Employees could save c.50% over a retail deal for this type of car and it supports a corporate ‘green’ agenda.”

So, what should you do if you are either a fleet operator or are expecting to change your company car in the coming months? Firstly, consider if a PHEV is the best option for you. If you commute daily for around 15 miles to and from your place of work each day, with occasional longer trips, a car like the Peugeot 508 Hybrid could make a sizeable reduction in your fuel bills while also reducing driver BiK tax liability compared with a petrol- or diesel-powered car.

As Deloitte points out, salary sacrifice schemes with the reduced rates of BiK tax on PHEV models make them attractive options on these schemes. If your company offers a salary sacrifice scheme, it is worth discussing the PHEV option to get a clear idea of the benefits offered and whether they would be right for you.

In conclusion, we should sound a note of caution. The new 2020 BiK tax rates have not yet been passed into law, because they were expected to be dealt with in the Autumn Budget. Since the Autumn Budget fell victim to the December 2019 General Election, the necessary legislation is, at the time of writing, awaiting approval.

Hopefully this will prove to be a formality. In their election manifesto, the Conservatives  promised to consult on the earliest possible date a phase-out of the conventional internal combustion engine could be implemented.

If the politicians stay true to their words, PHEV and EV drivers will not only benefit from tax incentives, but can also expect improvements to our charging infrastructure in the coming years, which should make charging these vehicles more convenient too.