Revenue from vehicle excise duty has fallen by £93m in the year following the abolition of the paper tax disc, according to the DVLA’s newly published annual report and accounts. 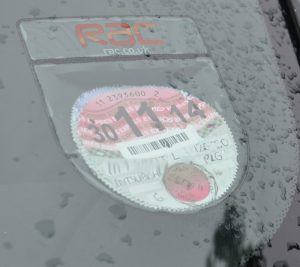 Vehicle tax evasion is a cause of serious concern for the RAC.

The RAC has now expressed concern that the total loss has proved to be even greater than the Government’s own estimate of £80m over the course of 2015.

As a result the Department’s statisticians estimated a loss to the exchequer of around £80 million. In Great Britain specifically they estimated annual losses would rise from £35m in June 2013 to £78m in June 2015.

While the RAC understands there may be other factors affecting the DVLA’s revenue loss such as greater numbers of ‘cheaper to tax’ low carbon emission vehicles being taxed, it is concerned the figure may continue to rise in the coming years as a result of increased evasion.

In order to understand the true extent of the evasion problem, the RAC believes another roadside survey of unlicensed vehicles should be carried out this summer – a year earlier than it would normally be undertaken – so the Government can get an up-to-date assessment of the evasion situation.

Commenting on the issue, RAC spokesman, Simon Williams, said: “Some may argue that a £93m loss is only £13m higher than expected, but this represents an increase of £58 million on the corresponding period before the tax disc was abandoned and far exceeds the £10 million savings arising from no longer issuing tax discs. This loss is a significant sum and one that merits further investigation.

“While there are several factors which may have adversely contributed to a reduction in revenue including unfamiliarity with the new system and greater numbers of ‘cheaper to tax’ low carbon emission vehicles being taxed, we need to fully understand how great a part evasion plays. We therefore urge the Department for Transport to carry out another roadside survey of unlicensed vehicles this year to fully assess the untaxed vehicle situation.

If this were to find that the number of untaxed vehicles is still at the same rate as when the last survey was conducted or, worse still, has increased, then action needs to be taken urgently to counter this.”

In September 2014 the RAC estimated the Treasury could lose up to £132m on top of the £35m the DVLA said was lost from evasion the year before, making for a total loss of £167m.

This was based on vehicle tax evasion following a similar path to the number of uninsured drivers of which there are believed to be around one million illegally using Britain’s roads.

“It would be extremely worrying if we were to find that car tax evasion has increased from the 560,000 figure estimated in June 2015,” added Williams. “We just hope that this doesn’t prove to be the tip of the iceberg and that the figure does not keep on rising, especially as the DVLA had predicted the new system would lead to savings of £10m.”