92% of visitors happy at motorway services

For the second year running, motorway services scored highly for visitor satisfaction, with 92% happy, though there’s still work to do before value for money is felt, found Transport Focus. 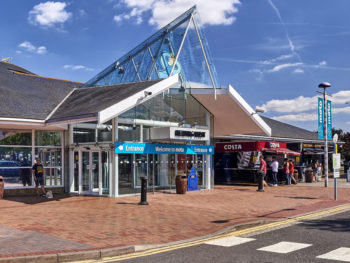 Norton Canes (Roadchef) services on the M6 toll was rated as England’s best motorway services, while big improvements have been made at others following poor results in last year’s survey. Heston East scored 88% satisfaction this year (62% last year) and Stafford South 99% (compared to 70% last year).

However, an unnamed business user said: “Value for money overall needs to be looked at. It’s way too expensive.”

Smith continued, “Motorway service operators need to focus on ensuring customers see their experience as value for the money they’ve paid – that there is good range of food on offer and that buildings are maintained to a high standard.”

The survey was carried out by Transport Focus who asked 9,600 customers at 111 motorway services in England.