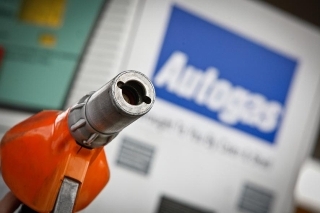 The calls are being made after a House of Commons Transport Select Committee report criticised the way the Government withdrew grants supporting the purchase of LPG autogas vehicles too early and warned it risks a similar collapse in the electric vehicle market if the Government does not learn lessons from its LPG experience.

“This latest report clearly recognises that the Government withdrew its support incentives for LPG too early, which had a serious impact on the market,” commented Paul Oxford, business development manager, Autogas Limited. “As LPG is identified as one of a basket of fuels that can help the UK achieve its low carbon future, we’d urge the Government to review its historic mistakes as well as potential distortion of the future market, by offering similar incentives, investment and support for LPG as it currently does with electric vehicles. Similarly, it’s essential that the motor industry itself also offers support and backing for LPG autogas as it’s currently doing in favour of newer Euro-6 diesel technology.”

The report states that as a number of fuel sources and technologies are appropriate for a low carbon future, the Government cannot pick a winner, but should provide certainty for market participants designed to incentivise investment. Drivers of autogas LPG powered cars already have an established network of some 1,400 refuelling points across the UK but until recently, have not had any long-term Government commitment to fuel duty reductions.

Without any long-term Government commitment to LPG, car manufacturers have been reluctant offer autogas powered models for sale in the UK, unlike other European territories where LPG models from 14 difference manufacturers are available directly from the showroom. Indeed, according to comments published in the media last week, Vauxhall said that their LPG ready models had “sold fairly well – until the Government pulled the plug on the fuel incentive, then they nosedived”.

Despite the lack of any original equipment options in the UK, more than 150,000 drivers already choose to run their cars on the cheaper, cleaner fuel and demand is expected to rise after an independent poll by consumper magazine Auto Express found that 26% of respondents would consider driving on LPG autogas.

“Previous Government fixations with CO2 targets and the subsequent increase in diesel usage mean that we have sleep-walked into a local air-quality time-bomb in the UK caused by increases in NOx and particulates which is costing around 29,000 lives every single year,” added Oxford. “LPG autogas is a proven, readily available fuel source which can help tackle this issue so we’d urge the Government to follow the recommendations of the Select Committee report and ensure that it remains at the forefront of the future of motoring.”