74% of drivers would risk driving through flood water

Three-quarters of drivers (74%) would risk driving through flood water, despite it being the leading cause of death during a flood. 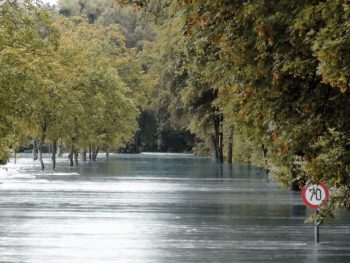 74% of drivers would risk driving through flood water

Just one in four drivers (24%) would find another route to avoid driving through flood water, despite the risk to life, according to the Environment Agency and the AA .

Both organisations are urging drivers to stay away from flood water this winter as they warn that just 30cm of moving water is enough to float a car, and by driving through flood water, drivers open themselves up to the risk of being swept away and having to be rescued or getting stranded after their car engine takes in water and stops.

Alarmingly, nearly one in four (23%) of drivers said they are most likely to gauge whether they can drive through flood water on the visibility of the kerbs, whilst 12% would wait and see if someone else braves the flood water first and then follow them.

The survey carried out by the AA also found that women are 32% more likely to turn around and go the other way when faced with a submerged road than men (22% of men said they would, compared to 29% of women).

And women are 50% more likely to let someone else go through the water first, with 15% saying they would wait and see if anyone else drives through and follow them compared to 10% of men.

Ben Sheridan, AA patrol of the year, said: “Don’t chance it if the road ahead is flooded – flood water can be deceptively deep and can hide other hazards in the road which can leave you stranded.

“Trying to drive through flood water puts you and your passengers at risk, but it can also cause damage to your car. It only takes an egg-cupful of water to wreck your engine and on many cars, the engine’s air intake is low down at the front.”

The AA has released the top 10 places for breakdowns due to flood water between 2014 and 2018: