630,000 German diesel vehicles to be recalled 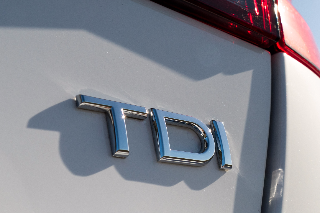 Reuters claims the recall affects Audi, Mercedes-Benz, Opel, Porsche and Volkswagen. BMW is not affected, and there is no confirmation that the Volkswagen Group's non-German brands are included. UK recall volumes could be significant, with four of the country’s five biggest-selling brands involved.

Statements released so far indicate that the upgrades are aimed at improving emission control system performance ahead of new on-road test procedures being introduced next year.

Opel’s official statement explained that the work will be a voluntary recall for vehicles with Selective Catalytic Reduction technology, which uses AdBlue solution, beginning in June. The carmaker is also improving the environmental performance for its new-build models, which will apply from August. It hasn’t identified which vehicles will be included.

Audi said it will recall 65,700 Q5, A6 and A8 models across Europe, all fitted with 3.0-litre TDI engines and manual gearboxes, for an update which reduces NOx emissions at low temperatures. The company stressed that emission control is legal, it is not manipulating the test cycle, and the system is used to protect the engine and exhaust system. Recalls will affect Euro 5 and Euro 6 models.

Mercedes-Benz will offer upgrades for its diesel-powered compact cars (A-Class, B-Class, CLA and GLA) as well as the V-Class MPV, again as a voluntary recall. The carmaker said this includes the Renault-Nissan 1.5-litre diesel used in the A-Class and B-Class, matching the service Renault recently announced it will introduce for the same engine this autumn. It added that it expects to achieve significant improvements in its emissions performance this year as a result.

The announcement from the German manufacturers follows a six-month Anglo-German testing programme, which released its findings yesterday. Based on results from a group spanning a representative cross-section of manufacturers and bodystyles, Euro 5 and Euro 6 diesel engines were found to emit, on average, six times the amount of NOx permitted by their respective emissions standards when driven on the road. However, it also proved that ‘defeat devices’ to cheat emissions tests had only been used by the Volkswagen Group.

PSA Groupe – which comprises Peugeot, Citroen and DS Automobiles – also revealed yesterday that it had been subject to a visit and seizure by France’s General Directorate for Competition Policy, Consumer Affairs and Fraud Control (DGCCRF) as part of ongoing investigations into pollutant levels. It said it complies with emissions in all countries and is co-operating with the investigation.

Meanwhile, Daimler AG is conducting a separate internal investigation of its certification process, related to exhaust emissions in the United States, on the request of the U.S. Department of Justice.