A hard-core of drivers are persisting in using handheld phones behind the wheel despite the increase in penalties last March. 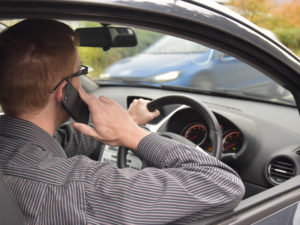 DVLA figures revealed by the RAC show that more than 6,000 motorists have at least two endorsements on their licence for driving while distracted, including using a handheld mobile phone, although the actual number of drivers habitually using their phone is reckoned to be much higher.

According to research carried out for the RAC’s Report on Motoring 2017, 23% of drivers admit to using a handheld phone when driving and 40% said they did when in stationary traffic.

Yet an annual average of 43.5k CU80 endorsements – which covers breach of requirements as to control of the vehicle, mobile telephone etc – represents less than 0.1% of the total number of 48.2 million driving licence holders in Great Britain.

RAC road safety spokesman Pete Williams said: “Clearly, enforcement is falling far short when it comes to tackling the handheld mobile phone menace and the number of CU80 endorsements shows that the massively under-funded police forces are only scratching the surface of the problem.”

Previous: Nissan abandons battery lease for new Leaf
Next: Rail passengers could get high-speed WiFi by 2025