Latest forecasts by CEBR show nearly 60% of vehicles in London will be electric in just 12 years time. 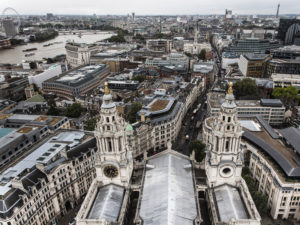 With 58% of vehicles in London electric, up to 8% NOx might be reduced

58% of vehicles on London’s roads are predicted to be electric, with the research also highlighting the positive impact on air quality, given reduced levels of as much as 8% NOx across the city thanks to electric vehicles.

Helping drive forward this forecasted shift are the October 2017 introduction of the T-Charge for more polluting vehicles, the Ultra-Low Emission Zone and falling purchasing costs for an electric vehicle.

In parallel with the research, by 2028, 63% of Londoners were found to feel comfortable making the switch to an electric vehicle, citing falling purchase costs and an expansion of the charging point network likely factors to increase widespread adoption.

The research follows Jaguar, WeKnowGroup and Heathrow’s agreement to create a fleet of 200 I-Pace electric vehicles operating as a luxury chauffeur service to and from the airport.