Carmakers are being urged to take actions to reassure car buyers over the prospect of cyber attacks on vehicles. 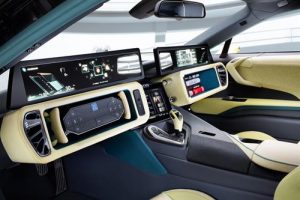 According to a recent survey, in some countries as many as 59% of buyers are actively concerned about the prospect of car hacking

The call comes from automotive electronics giant HARMAN as it reports that nearly 60% of car buyers are actively concerned about the possibility of car hacking.

“A few years ago the concept of automotive cyber security was largely confined to industry experts,” said HARMAN’s Asaf Atzmon, director, business development and marketing, automotive cyber security. “Now it’s a topic that consumers are asking about. According to a recent survey, in some countries as many as 59% of buyers are actively concerned about the prospect of car hacking.”

However the firm also highlighted that drivers’ most common fear – of having someone remotely hijack their vehicle while they are driving – is to date unfounded with no examples of malicious car hacking having taken place so far. Instead the examples that have been reported all involved engineers or researchers experimenting under controlled conditions. In most cases it also required a cable to be physically plugged into the car.

HARMAN has also developed a new 5+1 security framework which consists of a series of layers that protects the car’s head unit from being compromised and used as a portal into the in-vehicle network – something which could jeopardise safety critical systems – and is already working with a number of car makers to employ this technology on future models.

“Ultimately, it’s all about eliminating the risk of intrusion,” added Atzmon. “The car industry will need to reassure consumers that their connected cars are safe. By 2020 it’s expected there will be nearly a quarter of a billion of them on the world’s roads. This number will continue to grow but only if the car industry can provide the protection that those consumers have to come to expect from their other electronic devices.”