The Welsh Government is introducing 50mph limits on major roads in Wales, as part of a package of measures to improve air quality across the country. 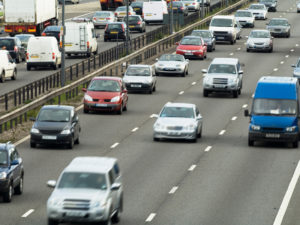 Announced by environment minister, Hannah Blythyn, the announcement follows the Welsh Government’s admission in the High Court that its inaction over air quality had been unlawful. It has been working with environmental campaigners, ClientEarth, on a timetabled plan to address the problem.

Speed limit changes are the first stage of that plan, set to be introduced within the next two months on roads with illegal levels of nitrogen dioxide and claimed to offer up to an 18% reduction in emissions. These will be brought in on two stretches of the M4 – J25-26 near Newport, and J41-42 near Port Talbot – as well as the A470 (Upper Boat to Pontypridd), A494 (Deeside) and A483 (Wrexham).

The government is also “encouraging” clean air zones, supported by £20m funding between now and 2021, which will restrict or prevent access for the most polluting vehicles where needed. A website will also be set up enabling visitors to check live, forecasted and historical air quality data across the country.