By Natalie Middleton / 8 months ago / Features / No Comments

Covid-19 has triggered a reshape of the fleet and transport sectors, both in the UK and globally. Natalie Middleton looks at some of the key changes and their possible longer-term effects. 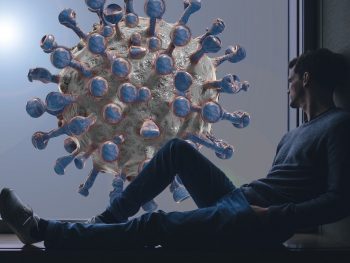 For many operators, the focus while coming out of lockdown has been on finding new ways of running fleets more efficiently.

This has been reinforced by new analysis by fleet software firm FleetCheck, which has underlined how fleets have used the pandemic as an opportunity to review their operations.

Its software shows work by operators has included initial strategic reviews tackling fundamental questions about the kinds of vehicles needed in the new normal – how many will be required, who will drive them, how they will be funded, and so on.

But managing director Peter Golding said fleets are also now looking to use data available through fleet management software to do a ‘deeper dive’ into information and make use of insights that they weren’t utilising pre-coronavirus.

“What we have seen is a drive to realise the further efficiencies that are available by simply adopting more of our technology to deliver present and future gains. We’re confident that our customer base will come out of the last few months with their fleets configured to deliver a noticeably greater degree of efficiency,” Golding added.

But according to the Association of Fleet Professionals (AFP), fleet managers should not just be striving to increase efficiency, but also ‘banging a drum’ about the work they’re doing in order to ensure it’s recognised at director level.

The AFP’s first-ever webinar, held in July, found 69% of fleet managers are looking to create added value for their company.

And chair Paul Hollick has said that it would be a good move in the current climate – when many companies are looking to make cutbacks – for fleet departments spell out exactly the concrete benefits and advantages they bring, or can bring, to their businesses.

Hollick said fleet managers should show how the fleet management role within a business can increase efficiency, reduce cost, improve robustness in systems, and which key projects drive business performance.

He added: “It is very much about constructing demonstrable facts to highlight the ongoing importance of fleet and business transport facilities within organisations. Sometimes, even quite significant achievements can pass under the radar and fleets need to shout about their wins.”

In line with the increased focus on efficiency, one key trend seen since lockdown has been a rise in fleets turning to contract extensions to save money in challenging times.

The AFP’s July webinar found that 42% of fleets plan to extend their leases or stop ordering, in response to economic uncertainty and the need to cut costs.

But it’s sparked warnings about the potential false economy of the move, including from epyx.

Drawing on its experience of running the 1link Service Network SMR platform, which is used by fleets totalling four million cars, vans and trucks to buy and manage SMR from nearly 9,000 franchise, independent and fast-fits, the company is urging fleets to consider the SMR cost implications of contract extensions.

Its experiences show that the SMR profiles of many vehicles often involve considerable extra expense in years four and five.

Debbie Fox, commercial director explained: “It seems like an obvious gain to defer replacing vehicles because it looks as though you are saving money when budgets are under pressure.

“However, the truth can be different. If you examine the cost of SMR over time, it tends to rise quite quickly as the vehicle ages.”

Fox cited industry SMR data, which showed this especially occurred around the point of the first MOT at three years, which was also where the warranty ended for most major manufacturers.

“There are several reasons for this and the picture does vary quite considerably when you look at different models and mileages, but you may find that you will have to buy a complete set of tyres or pass the point at which a major scheduled service is due. For some vehicles, there may even be relatively expensive one-off costs such as the replacement of a timing chain.”

And there’s the issue of running vehicles with older safety technology, potentially putting drivers at risks.

While extending replacement cycles could prove prudent, fleets looking to simply save money could find a new vehicle or lease would be cheaper, Fox added.

“Really, the important thing is to do the maths and work out which option results in the lower cost. If you lease vehicles, your leasing company should be able to help with this.”

Shared mobility out, grey fleet in

One major challenge already facing some fleets is a rise in grey fleet usage as employees turn away from public transport and mobility solutions.

Since the lockdown started, usage of public transport has dropped, leading Transport for London to secure a £1.6bn bailout from the Government in May after its revenue fell by 90%. It’s now believed to be considering a ‘First Ride Free scheme’ – the public travel equivalent to the Eat Out to Help Out initiative – to help encourage people back.

From the fleet perspective, the mass migration away from public transport brings major risk management issues as drivers turn to grey fleet to fill the void.

It was an issue highlighted by FleetCheck in late spring, as it warned of the issues of people looking to undertake journeys in their own, personal space.

MD Peter Golding said: “Employers need to start thinking about how these changes fit into their operations and what changes they need to consider. This may include everything from considering the risk management implications of using an e-bike or moped on a local business journey to upgrading your fleet policy to take grey fleet operations more seriously.”

The AFP also warned of the issue in its July webinar, with deputy chair Stewart Lightbody highlighting how there was anecdotal evidence of employees turning to their own cars; there had been reports that demand for used cars in the £2,000 sector have been stimulated by this trend.

“Many, many employees are going to be reluctant to use trains and buses or any other form of shared mobility for the foreseeable future, instead wanting to use their own car, whether for commuting or for work-related travel purposes.

“Clearly, this is going to create a whole range of challenges but perhaps the single largest will be the sheer amount of grey fleet management required. As an industry, we are going to have to be very single-minded when it comes to ensuring that risk management is well-controlled.”

Alongside the changes in fleet and risk management, managers have also had to assume an increased focus on employee health and welfare, as cited by the AFP’s webinar.

Speaking to Fleet World, chair Paul Hollick said fleet operators have had to take action in a number of different areas; from employees’ physical health to mental health.

“There has been an acknowledgement from a lot of fleet members that employees’ move from an office-based environment to a home-based environment can come with a little of stress; issues in terms of being able to set themselves up and work effectively from home. Those employees who are effectively furloughed can have a lot of anxiety as well as to whether they will be able to come back or not.

“From that perspective, what a lot of fleet operators have done is make sure they’re looking at enhanced communications, including newsletters, to make sure employees still feel they’re part of the organisation and provide advice,” he said.

This has entailed everything from making sure that employees who still have company assets are looking after them in the right way, to giving tips on how employees can look after themselves while working from home. The contractual shift in the place of work, from office to home, has also brought a number of considerations, including on commutes into the office.

A move by some firms to return pool car fleets to leasing companies has also meant that drivers have had to turn to public transport, hire cars or their own vehicles. For public transport, this has seen fleets provide employees with tips on how to navigate public transport safely, while drivers picking up hire cars in any shape or form have had to be advised to make sure the rental provider is ensuring cleanliness and hygiene standards.

And if drivers are using their own vehicle, Hollick said managers have been implementing processes to make sure employees aren’t sharing the same car, as they can’t take passengers.

The sudden plummet in car usage could change the face of city motoring in some areas as councils reconsider plans for Clean Air Zones (CAZ).

Bristol and Leeds have both announced over the summer that they’re revisiting plans for charging Clean Air Zones, partly to avoid the challenges drivers and businesses are already facing as a result of the pandemic but also because changes to people’s working and travelling habits have cut the need for more drastic measures.

Bristol has said that despite traffic levels increasing, the city centre’s pollution has remained relatively low and therefore the CAZ may no longer be needed. If air pollution remains below the legal limits then the council will no longer have financial support from the Government to introduce the CAZ.

Bristol’s clean air plans have now been updated to include bringing forward ‘fast-track’ additional measures to improve air quality. A public consultation is planned for this autumn on the new proposals for charging zones, to accompany new evidence being collected. The final business case setting out the council’s preferred scheme is due by February 2021.

Plans for a charging Clean Air Zone in Leeds are also on hold as pollution falls due to the coronavirus crisis. The city’s CAZ, along with the planned one in Birmingham, had already been delayed from its original January 2020 go-live date due to government delays and was then put on hold at the start of the pandemic to address economic uncertainty. And in August the council said it might not be required now.

Councillor James Lewis said that coronavirus had led to big changes but, thanks to the city’s collective action, local air quality had actually been improving for some time. Its £270m Connecting Leeds initiative has included work on improving the city’s public transport offering, expanding its cycle lane network and creating new pedestrian zones with the aim of reducing traffic and emissions levels in the centre.

Birmingham is still pushing ahead with its Class D scheme, although it’s now not expected to go ahead until next summer.