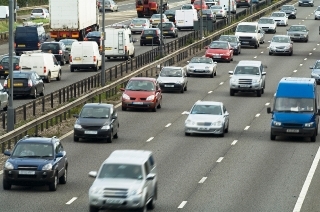 The figures, released by the Institute of Advanced Motorists (IAM) after a Freedom of Information request to Highways England, show that in total there were 443,590 lane closures on motorways and primary A roads in England last year for 44 defined reasons by Highways England.

More than 40% of the closures were caused by vehicle breakdowns with some of the other major findings of the report as follows:

There were also 152 cases of objects being thrown onto the roads, and 567 cases of a vehicle driving on the wrong side of the road causing roads to be closed.

Sarah Sillars, IAM chief executive officer, said: “There are many worrying things that emerge from this information. Firstly, people are putting their own lives at risk and those of others by not maintaining their vehicles properly to the point they break down on our busiest roads.

“While we appreciate that a few breakdowns are unavoidable, such as a tyre blow out, the vast majority can be avoided or dealt with before taking a vehicle onto a key route.

“It also shows people do not treat our key economic arteries with the respect they deserve. Pedestrians, unsupervised children and objects thrown on the road should never be happening. It is clear an education and awareness campaign starting at school age is badly needed.”

She added: “Investment in our roads would also play a big part in reducing some of those sorry statistics – having more than 5,700 pothole incidences causing road closures is not something England can be proud of.”