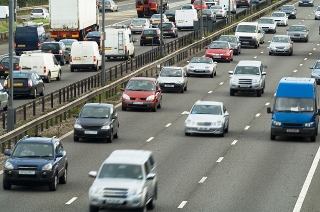 Other offences committed by business drivers include driving without reasonable consideration for other road users (15%), driving without due care or attention (14%), traffic light-related offences (14%) and dangerous driving (10%).

Masternaut surveyed 2,000 UK employees who drive as part of their job, to examine the effect of employee penalty points amassed when driving for work. Business drivers with points on their license, on average, have accrued seven points from work-related offences.

This follows UK accident data released in June 2015 by the Department of Transport, reporting an overall increase of 6% in road casualties in 2014, the first increase since 1997. HGVs, LCVs and vans saw an increase of 10% in casualties.

However, this confidence might be misplaced as more than half (50%) of business drivers said that driving training would make them better and safer drivers. Previous research from Masternaut revealed that 70% of business drivers aren’t offered driver training by their employers.

Telematics is shown to improve driver behaviour and safety, providing businesses with the technology and tool kits for keeping staff safe on the road. Both instant and ongoing coaching, driven by telematics data, alert drivers to poor driving reducing the risk for drivers and other road users. Arriva Transport Solutions reduced negative driving events by 92% using telematics data provided by Masternaut Connect.

Steve Towe, chief commercial officer and UK managing director, commented: “There’s a worrying number of business drivers on our roads who are driving in a manner that is serious enough for them to have points put on their license. Telematics provides broader social benefits beyond simple vehicle tracking and can help towards reducing the number of points accrued by drivers on the job. Not only can it provide fleets with the information to pinpoint offenders, the technology can provide ongoing driver feedback to improve drivers’ behaviour when they’re at work. By providing coaching and instant in-cab feedback, telematics can go a long way to reducing the number of points accumulated by drivers on the road, making them safer drivers in the process.”