The start of something new?

Launched in August, a trio of Government tax consultations could lay the foundations for significant changes in fleet operating costs. Natalie Middleton finds out how. 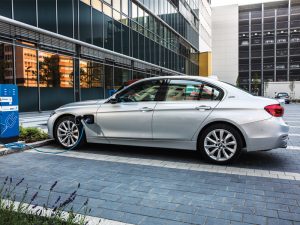 The Government is looking at revising company car tax for ULEVs

In January the International Accounting Standards Board (IASB) published its new standard for lease accounting, known as IFRS 16. This becomes mandatory from 1 January 2019 and means all leased property, plant and machinery will need to be shown on the balance sheet, including operating leasing – which covers contract hire.

Although initially this will only apply to public sector organisations and firms reporting to International Financial Reporting Standards (IFRS), HMRC says that for lessees adopting the new standard, the link between the accounting and tax treatment will be broken. As a result, changes will need to be made to the tax legislation for leases of plant or machinery.

HMRC has outlined four possible options, ranging from a simple status quo with minimal changes to preserve the effects of the current regime or a whole new accounts-based system for the tax treatment of leases of plant or machinery, with the prospect of a leasing allowance or capital allowances. HMRC added that it’s open to other possible approaches.

Implementation of the IFRS 16 standard will not affect businesses that use UK GAAP as it currently stands, so HMRC is looking to cater for both groups but the possible loss of capital allowances could cause some concerns.

In response, Colin Tourick, Professor of Automotive Management, University of Buckingham, said: “The Government has a job on its hands. Large companies will account for leases under the new IASB rules but most UK businesses won’t be affected because UK GAAP is not being changed. Yet the Government wants any new rules to work for every UK business.

“One of the problems with an accounts-based approach is that it doesn’t allow the Government to incentivise companies to lease some types of asset, so hopefully they’ll opt for an accounts-based system with either a leasing allowance or capital allowances. The sums here could get tricky so it is encouraging to see that they plan to offer online calculators to ease this process.”

As announced at the Summer Budget 2015, the Government has become increasingly concerned about how growth of salary sacrifice schemes represents an increasing cost to the Exchequer and, “creates an uneven playing field between employees and employers who use such arrangements and benefit from the tax advantages, and those that don’t.” It’s also not happy about the tax advantages for employers running such schemes.

The consultation covers growth areas including cars, health screening and the provision of assets such as mobile phones, TVs, computers and white goods. HMRC has confirmed that pension contributions, childcare vouchers and cycle-to-work schemes will remain untouched.

The Government says its proposal does not prevent employers from providing BiKs to their employees through salary sacrifice, but it will remove the tax and NICs advantages that come from doing so. Employers can still use salary sacrifice if they wish and the taxation of BiKs will be unaffected if offered outside of the salary sacrifice arrangement.

Limiting the Income Tax and National Insurance contribution advantages available through salary sacrifice car schemes would reduce their attractiveness to employees and hinder fleets from offering a valuable way of rewarding and retaining staff.

In response, the BVRLA has pledged to make a strong case for salary sacrifice car schemes to receive special consideration as it highlights the benefits of such schemes to drivers: “The vast majority of staff receiving this valuable perk are in the basic income tax bracket and salary sacrifice schemes provide them with a unique opportunity to drive a newer, cleaner and safer car than they would otherwise,” explains chief executive, Gerry Keaney.

“The new car sales generated by salary sacrifice schemes give a valuable boost to the UK economy and provide a more sustainable alternative to the older, more polluting grey fleet vehicles that staff might otherwise use for business travel.”

Despite progressively updated thresholds as cars have become more efficient, the CO2-based company car taxation system introduced in 2002 is no longer able to differentiate between the lowest-emitting models. That’s something the Government is looking to fix.

Ultra-low emission vehicles (ULEVs), usually defined by sub-75g/km CO2 emissions and an electric range of at least 10 miles, now include a broad mix spanning electric, plug-in hybrid, range-extender and hydrogen fuel cell vehicles under one category. This means plug-in hybrids qualify for the lowest sub-50g/km tax bracket, even though they have a limited electric range and can be driven mostly using their combustion engine. Several conventionally fuelled cars, like diesels, also now have CO2 emissions below 75g/km.

To ensure that only the cleanest vehicles attract the lowest company car tax, the Government wants to look at adopting a secondary measure of efficiency, in addition to CO2, for the post-2020 period.

For example, vehicles emitting less than 50g/km could also be categorised by five different bandings based on their electric range. This would incentivise models which can be driven longer distances without using petrol or diesel, encouraging more developments by carmakers in this field.

The consultation will also look at two new ways of structuring ULEV bands, either with a large number of narrow bands, which taper gently between 0–75g/km, or smaller numbers of wider emission bands similar to the current ULEV bands thereby creating ‘cliff edges’.

The new tax bands will be announced this autumn, and come into force in the 2020/21 tax year, potentially increasing tax charges for longer-cycle company cars. As businesses pay Class 1A NICs on employee BiKs, any increases in drivers’ company car tax bills would also impact on the business.

The new system could also create added administration for fleet procurement, as highlighted by the BVRLA’s chief executive Gerry Keaney, who says: “The Government is right to explore whether zero-emission range could be used alongside CO2 emissions to produce a more effective set of company car tax bands, but it needs to ensure that any new system does not become too complicated.”

Professor Colin Tourick adds: “The new system needs to include strong incentives to encourage company car drivers to take up ULEVs – incentives which don’t erode rapidly after the first year in a new car.”