The BVRLA has commented that the Committee on Climate Change’s progress report about reducing UK emissions, released today, is too early to say whether 2032 is a realistic time frame to ban the sale of vehicles that aren’t zero emission. 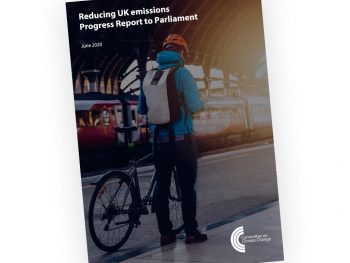 The comments relate to the progress report stating that the Committee is suggesting government brings forward the official 2040 date to no later than 2032, despite the UK Government currently looking at a provisional 2035 date, which was also suggested by the Committee.

Toby Poston, BVRLA Director of Corporate Affairs said: “It is too early to say whether 2032 is a realistic target date for the entire new car and van market to go zero-emission. In the fleet sector, the zero emission vehicle outlook varies considerably depending on what type of vehicle you are using and what your operating model is.”

However, the Committee suggests that 2032 should be backed by detailed policy arrangements to ensure its delivery such as mandates for car companies to sell a minimum share of zero-emission vehicles reaching 100% by 2032 at the latest. The Committee also commented that this should be extended to HGVs and not only be applied to cars and vans.

Poston said, “There needs to be a more segmented approach that considers what is realistic for all vehicle types. Suitable vehicle supply, infrastructure, range and cost of ownership is not there yet for all fleet users. The challenges faced by LCV and HGV operators is very different to those faced by car fleet operators, who are further along on the road to zero.

“While we welcome measures that help ensure an adequate supply of new electric vehicles into the UK, we would not support a zero emission vehicle mandate, particularly if it also led to any kind of Fleet EV Mandate requiring companies to make a certain portion of their fleet zero-emission. With vehicle availability, affordability and infrastructure not being where it needs to be, the market is just not ready for this kind of operating constraints at [this] time.”

The Committee also found that the Department for Transport’s (DfT) plans for the charging network are in line with requirements identified in the Committee’s analysis, but that it must be delivered.

Poston continued, “These issues are fundamental to driving an uptake in zero emission vehicles and the BVRLA will continue to make recommendations to Government as to what support is needed.”

In addition to the 2032 date, the Committee also outlined that more could be done regarding Vehicle Excise Duty in relation to incentives for company car tax reforms, alongside purchase grants and preferential tax treatment that are already incentivising the purchase of low-carbon vehicles.

Further recommendations made by the Committee and put forth to government include setting more ambitious UK regulations on new car/van CO2 to 2030, with more regular intervals than the EU’s five years, and backed by a rigorous real-world testing regime.

Offering further comment about the Committee’s progress report was Alfonso Martinez, managing director of LeasePlan UK, who said: “We support the call for a more ambitious approach from the UK Government to the EV transition. A 2032 deadline should be [an] entirely achievable target if we continue to progress.

“That said, we need to ensure that the UK is at the forefront of manufacturers’ thinking when it comes to supply, not just now but post Brexit. The introduction of Clean Air Zones across the country and Government initiatives incentivising EV uptake only make sense if we have assurance that we’ll have access to lowest emitting vehicles going forward.

“Secondly, there must be an infrastructure upgrade of network operations, as we need to be sure that the grid is ready for a huge influx of charging points. At the same time, we need to see a targeted installation of charging points in locations where they are needed the most, not just along the busiest motorways. This should include supporting workplaces to meet growing demand, as well as upgrading our existing home power supply structures to allow for the most powerful and modern home chargers to be installed in every single home. Ideally, all new build homes should be constructed with charge points and solar panels as standard. This would help to meet the demand that will undoubtedly arise when the sale of ICE and hybrid vehicles becomes unlawful.”

Also commenting on the progress report, Ian Johnston, CEO of Engenie welcomed the notion of a swifter move to zero emission vehicles: “We have a once in a lifetime opportunity to bring about a step-change in low carbon transport. By taxing cheap oil and using the revenue to subsidise electric vehicles, drivers will have the confidence to make the switch to electric on mass, while also creating countless green jobs. Electric vehicles can be the driving force behind our economic recovery but the government must act on these recommendations immediately to avoid being left behind.”