Reports that the Government will push ahead with a much earlier 2030 ban on new diesel and petrol cars and vans have been welcomed by fleets and fleet industry firms but with the proviso of more underlying support. 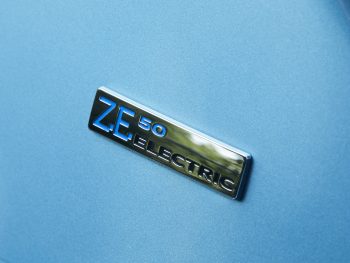 According to a report in The Guardian yesterday, an announcement is due this autumn on advancing the current 2040 date to 2030 as part of a number of new clean energy policies to elicit a ‘green recovery’ from the pandemic. The plans were due to be set out this week but delayed due to the need to tackle rising numbers of coronavirus cases.

It follows a public consultation this summer on plans announced at the start of the year to explore whether the original phase-out date of 2040 for internal combustion engine (ICE) vehicles could be brought forwards to 2035, or even 2032.

It’s a move that the Government’s advisory Committee on Climate Change has been pushing for some time. A report in May 2019 by the CCC said that the timeline should be moved forwards to 2030 – 2035 at the latest – and that the current plans for delivering the 2040 ban were too vague. Since then, MPs from the Science and Technology Committee have also said the 2040 date should be brought forwards. And last week saw the Labour Party lend its support to such a move; Matthew Pennycook, Labour’s shadow minister for climate change, said 2030 was an “ambitious but achievable” target date that would help to “create jobs, cut carbon emissions, and reduce air pollution”.

Any such move will prove divisive though for the car and fleet industries, particularly as it’s not known whether any such ban would include full and plug-in hybrid vehicles, which were part of the consultation.

Commenting on the speculation of an earlier ban, the Society of Motor Manufacturers and Traders (SMMT) has sounded caution. Chief executive Mike Hawes said: “The range of electrified vehicles on the market today is ever increasing – but we need a fully funded strategy that mandates a massive investment in infrastructure, helps all consumers to make the switch and supports a competitive UK industry. Whilst we applaud ambition, pulling forward the phase-out date by a decade to 2030 could have a devastating impact on the UK automotive industry and jobs, with the equally unintended consequence of undermining sales of today’s low-emission technologies, which are needed to make environmental improvements now.”

And while there is a growing body of UK corporates calling for a 2030 ban – earlier this summer, a coalition of major fleets said that 2030 was actually an achievable target – they also note that barriers remain to this and must be addressed.

The call, led by The Climate Group in partnership with BT Group and Openreach and outlined in a policy paper, has now attracted more supporters, including Tesco, Dixons Carphone, E.ON, Heathrow, Lime and SSE.

Alistair Phillips-Davies, chief executive of SSE, which has one of the largest fleets in the UK, said: “Since May we’ve been calling on Government to adopt a 2030 end date for the sale of internal combustion engine (ICE) cars and vans, and are pleased to join other leading UK businesses in this call as part of the UK Electric Fleets Coalition.

“Making the switch to electric vehicles will not only help tackle climate change and improve air quality in our towns and cities, but it will help drive the costs of EVs down and spur the development of a new clean industry contributing to a green recovery. We’re doing our part by committing to decarbonising our own fleet of vehicles by 2030 as part of the EV100 and, with the right support in place including a coordinated roll-out of EV charge points and a 2030 end date for ICE vehicle sales, the UK could become a hub of electric mobility and encourage similar actions internationally ahead of COP26.”

And there are many others in the fleet industry pointing out that wider support will be needed.

Paul Hollick, chair at the Association of Fleet Professionals (AFP), said: “Ultimately, this is a deadline that we welcome because the fleet adoption of EVs is desirable for a wide range of reasons. However, it is only really two vehicle life cycles away, so we do need some kind of unified roadmap to get there. From the Government, it would be good to see a commitment on BiK right up to 2030, so that fleets and drivers know what they will be paying. We’d also like to see further incentives for EV uptake as well as a more robust advisory electricity rate (AER) reimbursement system and better capital allowances on leasing EVs. From manufacturers, we need to see much improved supply and models to satisfy every fleet need. Also, the charging network needs to see very substantial investment and the universal introduction of frictionless card payments. All this is very much do-able and very much desirable but fleets do need – and deserve – support to get there.”

LeasePlan has highlighted other areas of concern. Matthew Walters, head of consultancy services, said: “The UK Government’s plans to bring forward the ban on new fossil fuel vehicles are suitably ambitious, and a welcome sign that it is taking the nation’s transition to EVs seriously. However, the Government still needs to address the elephant in the room: what happens to EV supply post Brexit? We need urgent answers from the Government on what will happen to the continuity of EV supply shipments when trade tariffs are introduced. We must ensure that the UK still keeps its place at the table.”

Barney Goffer, product manager at Teletrac Navman, also said there was still a long way to go on the transition to EVs: “Even though great progress is being made, to make sure this target is achievable, the Government and manufacturers need to come together to address the complexities around a lack of charging infrastructure, vehicle pricing and range anxiety – EV technology can move quickly but to make it fit seamlessly into fleet operations and therefore the lives of businesses and consumers is going to take major financial backing by the Government.

“Given it’s still an unknown space for many operators, at Teletrac Navman, we’re harnessing the power of AI to help our customers go from data to decisions and very easily see where they can electrify their fleets – what routes, what vehicles, how many charging stations are required and where – so they can take the appropriate action at the right time.”

And while charging firms have welcomed the announcement, they too have said that an earlier target will need support from a number of areas.

Labelling a possible 2030 ban as a “decisive step in the right direction”, Ian Johnston, CEO of Engenie, said: “Now it’s time for meaningful action. Over the next decade, the private sector must continue its work to ramp up rapid charging infrastructure across the UK to give drivers the confidence to make the switch to electric. In return, the government must commit to supporting infrastructure in rural areas where private investment models are not able to support. By doing so, we can not only meet this target, but surpass it.”

And Christopher Burghardt, managing director for Europe at ChargePoint, continued: “We need to ensure charging infrastructure remains a key focus in conversations to ensure this becomes reality.

“Charging infrastructure in particular is a tremendous way to accelerate mass adoption of electric vehicles and will make it easier for the public to adopt more environmentally friendly modes of transportation. After a decade of investment in high power charging along highways, it is time to expand charging deployment across cities, in rural areas while updating existing buildings and make them ‘EV ready’ as home and work is where about 80% of charging happens.

“We believe an important part of the answer is a fully interoperable peer-to-peer roaming solution and charging solutions that can scale with demand and are designed with consumers in mind.”