The Prime Minister’s confirmation that the UK will implement a 2030 ban on the sale of new petrol and diesel cars – but with some hybrids on sale until 2035 – continues to draw strong responses from across the fleet, leasing and motoring sectors. 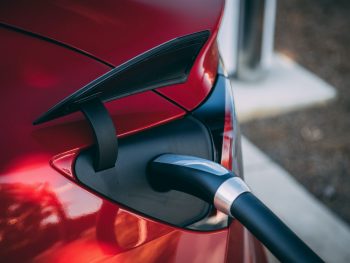 Adequate charging infrastructure is a key concern among many respondents

The PM announced last night in a column for the FT that the current 2040 target to end such sales will be brought forwards by a decade as part of a ‘Green Industrial Revolution’. While hybrid cars and vans had been expected to be included, Johnson said that new registrations of models “that can drive a significant distance with no carbon coming out of the tailpipe” will be allowed until 2035. The Department for Transport then clarified that between 2030 and 2035, new cars and vans can be sold if they have the capability to drive a significant distance with zero emissions (for example, plug-in hybrids or full hybrids), and this will be defined through consultation.

The plans will be supported by an investment of more than £2.8bn in electric vehicles, “lacing the land with charging points and creating long-lasting batteries in UK gigafactories”. This has since been revealed to include £1.3bn to accelerate the rollout of charge points, £582m in grants for those buying zero or ultra-low emission vehicles and nearly £500m to be spent in the next four years for UK battery manufacture, including in the Midlands and North East; part of a commitment to provide up to £1bn.

As you might expect, there’s been a mixed response, with many organisations greeting the decision but saying that there’s a long way to go on ensuring a smooth transition. The BVRLA for example has welcomed the decision to adopt a phased approach but warned that setting dates is only the start of the process.

Chief executive Gerry Keaney said: “Now the Government needs to create the supportive environment that will enable fleets and motorists to step up to the challenge of decarbonising road transport. It won’t be easy, and it won’t be cheap.”

It also set out three support areas that the Government must focus on: tax incentives and grants, keeping the UK as an attractive market for OEMs to sell their products and a comprehensive strategy on charging infrastructure.

The Association of Fleet Professionals (AFP) also warned that much more detail is needed on the Government’s support programme for its plans.

AFP chair Paul Hollick said: “This has been well-signposted but the actual announcement should concentrate the minds of those involved in fleet decision making. The deadline is only two to three replacement cycles away for most businesses and managers need to have a structured plan covering how to get there from here. Of course, the support that the Government intends to offer over the whole of the transition period needs to be spelt out in explicit terms, from the future of Benefit-in-Kind taxation to vehicle subsidies. However, probably the single biggest issue that needs tackling is recharging infrastructure. As the AA has been pointing out, just one in six councils currently offer on-road charging and, as yet, there is no overall plan for overcoming this inherent disadvantage.”

Hollick also stressed the AFP’s commitment as an organisation to zero emissions as a target.

He continued: “We have been preparing training, tools and guides to help fleets through the process of EV adoption for some years and already had plans in place to accelerate this support in 2021. A number of our members have already adopted non-petrol and diesel purchasing policies, and these individuals especially are a valuable source of expertise.”

Mitie is one example of a fleet that already has its own stringent EV targets and is sharing its expertise. The facilities management and professional services company is at the forefront of EV adoption and has welcomed the 2030 announcement, outlining that the future of fleets is electric.

Director of sustainability and social value Simon King continued: “With the biggest barrier to our EV rollout being a lack of on street charge points, this further investment will help us go further, faster and give our drivers peace of mind that they can plug in and charge wherever, and whenever, they need to. We look forward to significant future announcements and funding to ensure that on street charging points are available to all drivers without off street parking, so no-one is left behind the zero carbon mobility transition.”

And The UK Electric Fleets Coalition, run by international non-profit organisation the Climate Group in partnership with BT Group, has also welcomed the news. It includes five of the UK’s biggest business fleets (Royal Mail, BT Group, Centrica, SSE and DPD) and has been calling on the UK Government to set a 2030 target for 100% EV sales for some time now, including in a policy paper this summer.

Helen Clarkson, CEO of the Climate Group, said it’s encouraging to see the Government “address the biggest issue of our time”.

She added: “The Climate Group looks forward to working with our business members and ministers to bring forward new policies to deliver the pledge, as well as encouraging other countries around the world to follow the UK’s lead in the run up to COP26.”

Many fleet management and leasing firms are lending their support to the news. Zenith, for example, said the confirmation will help businesses focus on their future mobility requirements and added that demand for battery electric vehicles (BEVs) continues to grow in passenger cars. BEVs currently account for around a third of its new car orders, supported by growing choice, improved affordability and availability.

But Alan Bastey, customer relationship director and EV specialist at Zenith, said all within the industry have a role to play to help fleets make the switch.

“Moving to an electric vehicle can be daunting for drivers, so companies need to design a policy that helps to inform employee choice and remove the perceived barriers. We see that engagement and education are pivotal to successful uptake.

“Demand for BEV passenger cars continues to grow, supported by growing choice, improved affordability and availability. Our teams across Zenith are working proactively with customers to help them manage the transition to BEVs and ensure that the mix of vehicles is appropriate to their business requirements.”

Concerns and queries also remain on the fleet suppliers’ side. While Alfonso Martinez, managing director of LeasePlan UK, said the news is a welcome sign that the Government is taking the nation’s transition to EVs seriously, he added that the Government needs to make urgent investments in EV charging infrastructure and also said the leasing industry needs urgent answers from the Government on what will happen to the continuity of EV supply shipments when Brexit trade tariffs are introduced.

“We must ensure that the UK still keeps its place at the table, otherwise we run the risk of simply not having enough vehicles to meet the demand and ultimately failing to meet our environmental obligations in the long term.”

Meanwhile, eco organisations have said that more work needs to be done. For example, environmental law charity ClientEarth said the introduction of charging Clean Air Zones needs to be accelerated.

Clean air campaigns manager Andrea Lee commented: “This is a big step from the Government. The phase-out date is in 10 years’ time but we can’t afford to wait another 10 years for our children to breathe cleaner air.

“The Government needs to roll out Clean Air Zones to urgently remove the most polluting vehicles from our roads and start providing support to make cleaner vehicles more accessible and affordable to people and businesses now.”

And Greenpeace UK’s head of politics Rebecca Newsom warned that switching to electric vehicles is “no panacea” and said there are some significant question marks and gaps in the details, but added that ditching new polluting petrol and diesel in 2030 could put the Government back on track to meeting its climate commitments.

Finally, advocacy group the Campaign for Better Transport said a wider approach to net zero, including increased focus on active travel, is needed.

Chief executive Paul Tuohy commented: “We must remember that electric vehicles alone are not a silver bullet to reducing carbon emissions and air pollution, and they do nothing to tackle congestion on our roads. We still need to reduce the overall number of cars and vans on the roads by providing more public transport, walking and cycling alternatives.”

“The Government must now use the Spending Review to support sustainable transport alternatives and rebalance the cost of public transport. The Chancellor should announce an end to the fuel duty freeze and look to introduce a distance-based, variable road pricing scheme to replace both fuel duty and Vehicle Excise Duty to help plug the hole in lost revenue as cars get progressively cleaner,” he stated.