Driverless cars won’t be on the road until at least the 2030s and could actually add to congestion unless they’re embedded into a car club strategy. 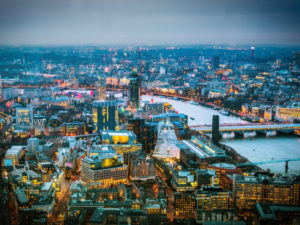 That’s one of the verdicts of a London Assembly Transport Committee report published today that says the Mayor of London, TfL and the Government need to prepare now for innovations in transport services.

One of three key areas under focus in the report – alongside app-based services and drones – connected and autonomous vehicle (CAV) technology could bring significant potential benefits for road safety and mobility according to the report but is unlikely to see widespread rollout until 2030 onwards, despite the Chancellor’s pre-Budget comments that such vehicles will be on UK roads by 2021.

And the report also says CAVs could jeopardise plans in the Mayor’s Transport Strategy to cut down the number of private cars on the roads and actually increase congestion.

As such, the Transport Committee report says shared usage of CAVs is likely to be the most sustainable way of harnessing this technology in London and urges TfL to take steps now to encourage car sharing, to embed this as part of the transport network.

The report also looks at the issue of app-based services and the large number of apps that have been introduced to help people use the transport network. This includes two evolving transport modes covering dockless cycle hire services and demand-responsive buses, which the authors say can supplement existing transport services as they urge TfL to work more proactively to shape the market for these services.

Building on this, the report adds that many transport apps are powered by TfL data and calls for reciprocity so TfL can gather additional data to inform further enhancements to the transport network.

Other recommendations include considering an integrated control system for ground-based autonomous vehicles and airborne drones as the authors say these two emerging methods could ensure deliveries are potentially more efficient and free up road capacity but warn that existing rules on usage are likely to come under pressure if companies embrace the technology for deliveries on a large scale.

Keith Prince AM, chairman of the London Assembly Transport Committee, said: “The opportunity to improve mobility for millions of Londoners is here but it will require proper planning, transparency and accountability, as well as cooperation with government, boroughs and development companies.”