Volvo has updated the XC90 with revisions including new active safety technology and the introduction of a mild hybrid system. 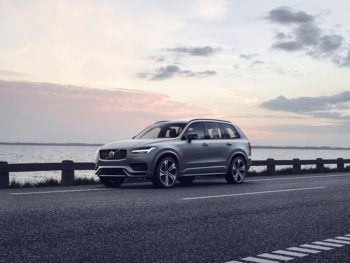 Making its XC90 debut for the 2020 model year, the mild hybrid tech will be available alongside Volvo’s existing T8 Twin Engine plug-in hybrid and will be offered on both petrol and diesel models, which will be prefixed with a new ‘B’ badge.

The technology recovers kinetic energy under braking and, according to Volvo, can reduce fuel consumption and emissions by up to 15%.

The new mild hybrid tech forms a key part of the carmaker’s plans to ‘electrify’ its range, building on its announcement back in April 2016 that it was looking to sell a total of up to one million electrified cars by 2025. Volvo also announced in May 2018 that it would be phasing out diesels from 2019.

The updated XC90 will also introduce minor design changes and also gets new active safety technology; this includes helping drivers with steering on both the City Safety and the Blind Spot Information System.

And as well as offering Apple CarPlay integration, the XC90 is now also compatible with Android Auto. The Sensus infotainment system has gone through multiple updates in recent years, all of which have been adopted into the XC90. Where available, the Spotify music streaming service is integrated in the XC90.

The updated XC90 will go into production in May at the Torslanda plant in Sweden. It will be available to order in the UK in mid-March, with first customer deliveries expected in late Q2 2019. Full pricing details will be announced shortly.

Previous: 2032 too soon to ban petrol and diesel cars, say two-thirds of UK dealers
Next: Honda announces pricing and spec for HR-V Sport