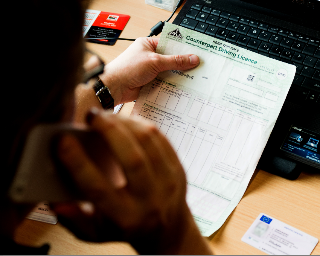 The prediction comes the Association for Driving Licence Verification (ADLV), which also says that the data being provided will significantly change.

In line with its campaign to encourage fleets to move from annual checks to biannual quarterly ones, the ADLV says it’s expecting that the average frequency of online checks will increase significantly, motivated by the general trend towards lower cost per check

Overall volume of checks will also increase due to the abolition of the paper licence counterpart last summer. The ADLV said the number of checks carried out through its members has been rising steadily over the course of this year and is expected to now increase to over 2.5 million in 2016; a growth rate of around 25% per annum.

The ADLV also said that the breadth and type of data available to fleets will also increase as the concept of ‘Know Your Driver’ spreads as a best practice. This will help tackle growing issues such as Right To Work in the commercial sector where the use of illegal workers is becoming a burning issue.

Richard Payne-Gill, deputy chair of the ADLV, commented: “2016 will be a tipping point for commercial electronic licence checking as fleet managers, HR executives and risk assessors now understand the real potential of frequent electronic checking and the increasing breadth of datasets that are becoming available. This allows fleets to set new standards of best practice on one hand whilst making a real contribution to road safety on the other.

“Probably the most significant change will be the evolution of the data itself, including an increase in the number of datasets available. This is being driven by the demands from fleet managers themselves who see this new approach as benefiting both fleet management best practice and road-safety. It will also add to the confidence companies have that the right people are behind the wheels of their vehicles.

“Indeed the days of rogue drivers slipping through the net are now well and truly numbered.”