Sales of pure electric vehicles more than doubled in 2020 compared to 2019, driven by growing demand by private drivers but particularly by fleets. 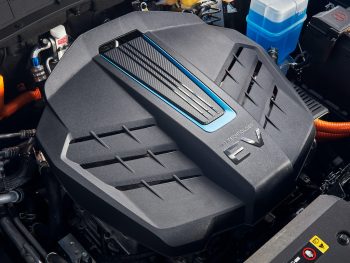 And the RAC says momentum is now gathering pace.

Speaking yesterday, the SMMT noted that most (68%) of the pure EV and PHEV registrations were for company cars – indicating the importance of the sector in helping the new car market switch to BEVs and hybrids ahead of the 2030 petrol and diesel new car ban.

Analysis of the figures by the RAC shows that December alone saw more zero-emissions vehicles registered than ever in a single month – 21,914, a fraction higher than September’s figure of 21,903.

RAC data insight spokesman Rod Dennis said: “There’s a long way to go, with only a tiny fraction of the total 31.2m cars on the UK’s roads fully zero-emission, but the direction is becoming clear.

“The sight of more electric vehicles on our roads, many sporting number plates with the new ‘trademark’ green flash, might begin to make drivers who are considering changing their car look into whether ‘going electric’ makes sense for them.”

But he added that aside from issues around charging aside, the higher list prices of battery electric vehicles over their petrol and diesel equivalents may put some drivers off.

“While petrol car registrations will likely recover somewhat in 2021, the question is how many drivers are prepared to switch to an EV at the expense of conventionally fuelled vehicles. As the impact of the pandemic continues to be felt the inclination of drivers and businesses to continue acquiring new cars will be critical, as will the effectiveness of dealers in being able to conduct new car sales entirely online during lockdowns.

“But there is surely little doubt that 2021 will shape up to be a very exciting year for the UK’s electric car market,” he continued.