Over 150,00 motorists caught driving while disqualified

A total of 150,115 motorists across England and Wales were caught driving while already banned between 2005 and 2015, new analysis has found. 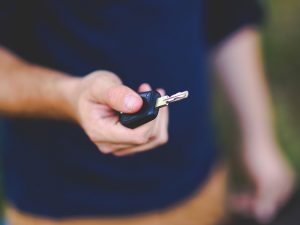 The Churchill Car Insurance research shows 6,592 motorists were prosecuted for driving while disqualified in 2015

The research from Churchill Car Insurance reveals 6,592 motorists were prosecuted for driving while disqualified in 2015 alone, which equates to around 18 motorists every day. Of these, 87 successful prosecutions were for those aged 17 and under, while a further 386 motorists were aged 18 to 20.

The value of fines for those caught driving while disqualified totalled £3,152,225 between 2005 and 2015. However, in 2015 the average fine issued by the courts for driving while already disqualified was just £247, with 44 per cent of drivers receiving a fine of £150 or less.

Steve Barrett, head of car insurance at Churchill, commented: “Disqualification from driving isn’t just a punishment for committing a very serious driving offence, or series of offences; it’s in the interests of all road users and their safety. It is, therefore, both shocking and frightening that thousands of those disqualified from driving still continue to get behind the wheel, putting law-abiding road users at risk.”

“With the average fine for driving while disqualified averaging a mere £247, Churchill believes the penalties should be considerably tougher to serve as real deterrents and ensure the public’s safety.”