Only 135 drivers charged with middle-lane hogging 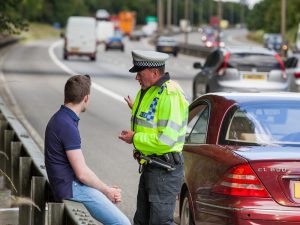 The FOI police data published by Confused.com reveals only 135 people have been charged with the offence since it was introduced three years ago by the Government as part of on-the-spot fines to tackle ‘careless driving’. Yet the data also shows that almost one in three (32%) drivers admit to middle-lane hogging.

The research also highlighted a widespread lack of awareness that middle-lane hogging is an offence punishable by at least three points on your licence – almost two-fifths (37%) of respondents said they were unaware of this. And almost one in five (19%) drivers said they’ had never been taught about middle-lane hogging.

Yet more than one in 10 (11%) drivers admit to having experienced a collision or near miss on account of a middle-lane hogger.

In response, Confused.com teamed up with Thames Valley Police to see how widespread the problem is. To watch the video, click here.