Drivers falling asleep behind the wheel caused 3,053 accidents between 2013 and 2015, resulting in 119 fatalities, according to a new study. 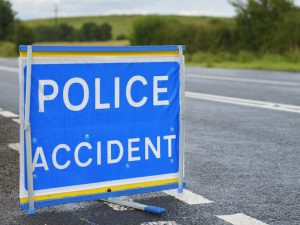 The research, obtained under the Freedom of Information Act reveals that there were 3,053 accidents attributed to falling asleep behind the wheel between 2013 and 2015, resulting in 119 fatalities

The research, obtained under the Freedom of Information Act by online bed retailer Time4sleep, shows that the worst year for accidents caused from driving while tired was 2014 with 1,080 reported cases, followed by 2013 with 938. Last year, the level of fatigue related accidents dropped to 937.

The firm’s research also included a nationwide survey that revealed 83% of UK drivers had admitted to driving while tired at least once in the past and a third of those felt they had put others at risk by doing so.

The online bed retailer also commissioned an experiment that showed the risk of falling asleep behind the wheel increases significantly, even after short-term disruption to sleep.

Conducted in conjunction with the Transport Research Laboratory (TRL), the research shows driving without sleep is “akin to being drunk behind the wheel” and illustrates the full danger of hitting the road while tired.

The experiment was carried out with the 27-year old triplets Robert, Stephen and Patrick Davis, who were given a full night’s sleep, disrupted sleep, and no sleep, respectively. The disrupted sleep pattern was designed to imitate that of a parent with a newborn baby.

The triplets then participated in a TRL simulation that replicates a 90 minute motorway drive in a real car. Each driver was instructed to stay in the inside lane of the three-lane motorway and drive at a constant speed of 60mph. Several test measures including reaction speed were implemented during the study. A video of the experiment taking place can be found here: https://www.time4sleep.co.uk/dont-drive-tired/

Jonathan Warren, director at Time4Sleep.co.uk, said: “We wanted to conduct a study to find out the impact sleep deprivation can have on driving, to raise awareness of this important issue and encourage drivers to think twice before getting behind the wheel after experiencing lack of sleep.”