A total of 1.4 million motorists – equivalent to 3% – are driving around on illegal tyres, according to new research. 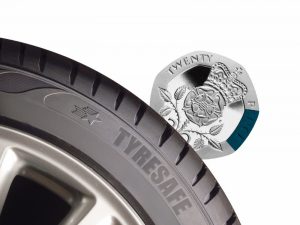 Analysis by Confused.com of spot checks on more than 1,000 vehicles in 10 cities across the UK found out 1.4 million drivers had at least one illegal tyre below the minimum legal tread depth of 1.6mm, putting them at risk of three penalty points and a fine of £2,500 per tyre as well as presenting a road risk to themselves or other drivers.

According to research, a vehicle with tyres on the legal tread depth limit of 1.6mm takes on average 39.5 metres to come to a complete stop when braking at a speed of 50mph on a wet surface. This increases to 53.1 metres – a full 13.6 metres more – with just 0.8mm of tread.

The investigation by Confused.com also found a fifth of vehicles checked (21%) had at least one tyre with tread below 3mm, this is the point at which some fleets require drivers to change their tyres – although research by Michelin has refuted the belief that this is necessary.

Additional research showed that three-fifths (61%) of motorists don’t know what the minimum legal tread depth is, and more than half (55%) don’t know how to check their tyres.

To drive home the importance of checking tyres to avoid fines or an accident, Confused.com has launched a ‘Bald is Dangerous’ safety film.

Previous: Imperial Commercials targets growth in Western and Birmingham regions
Next: Supermarket fuel prices up every day since March